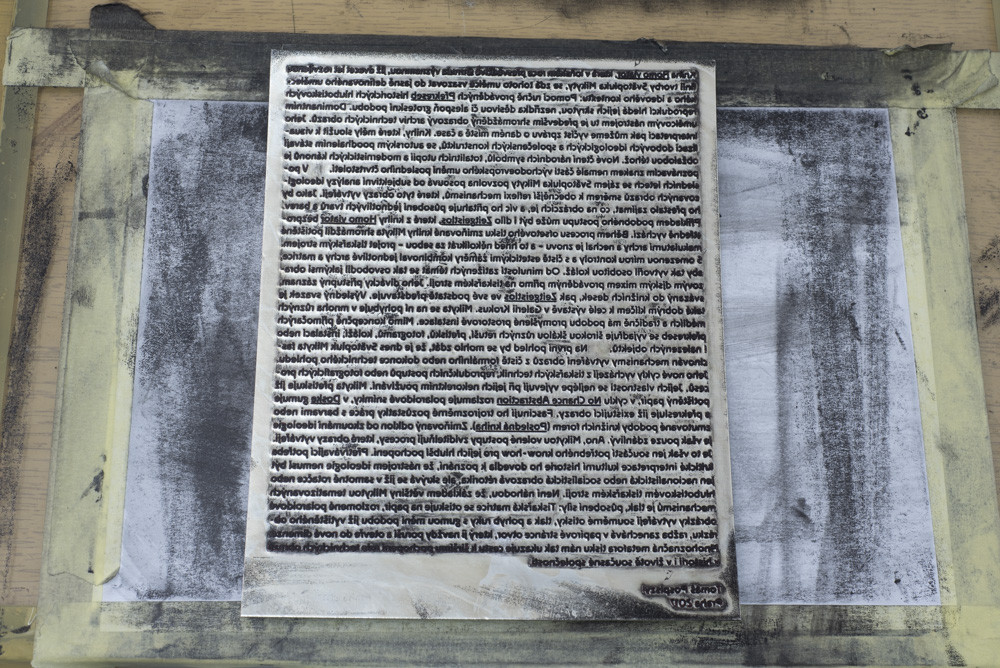 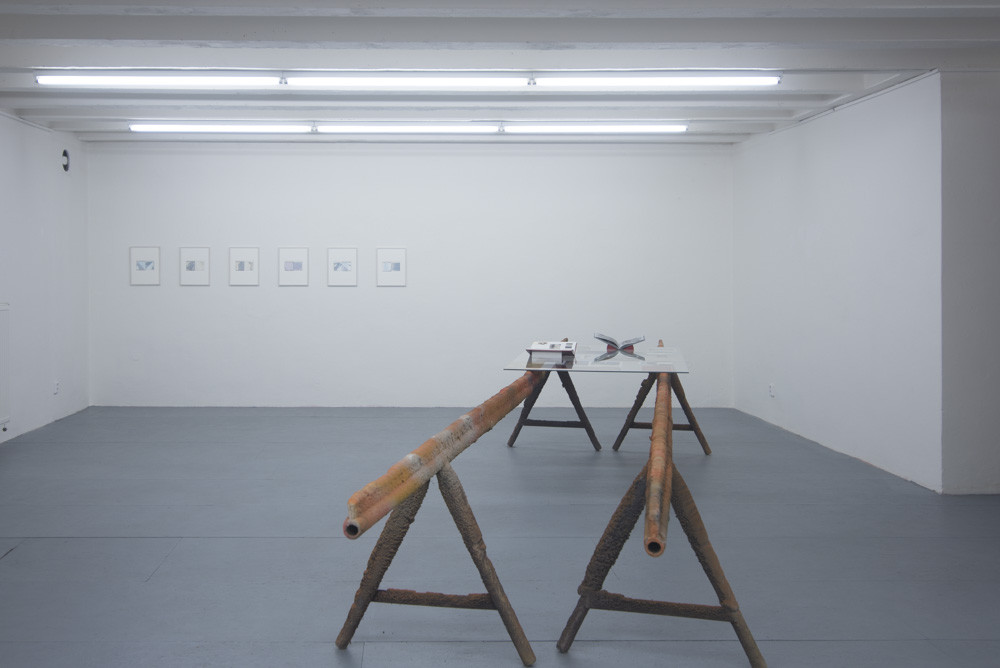 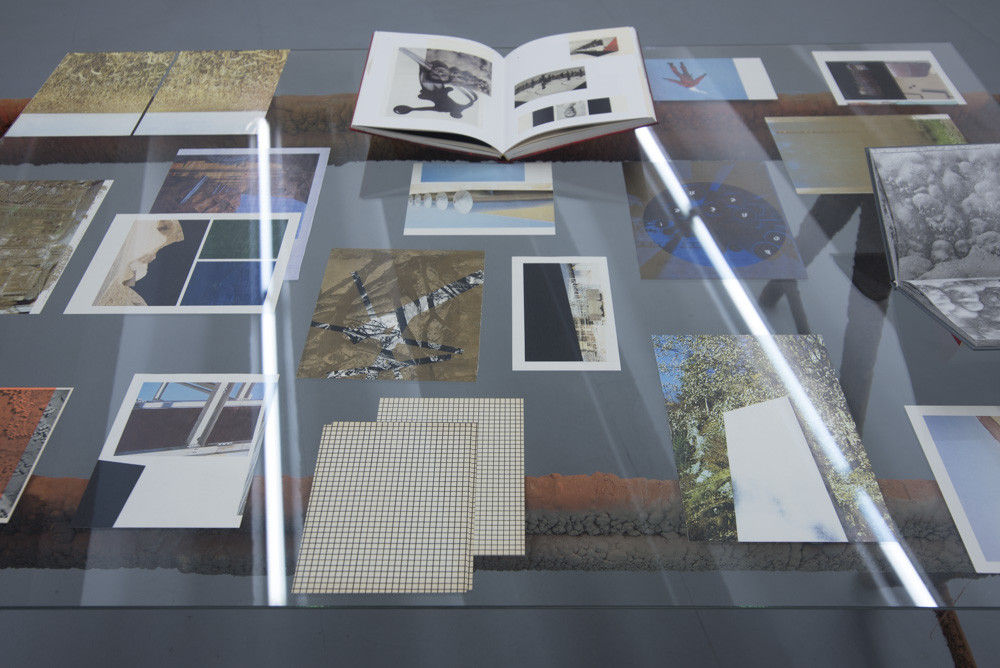 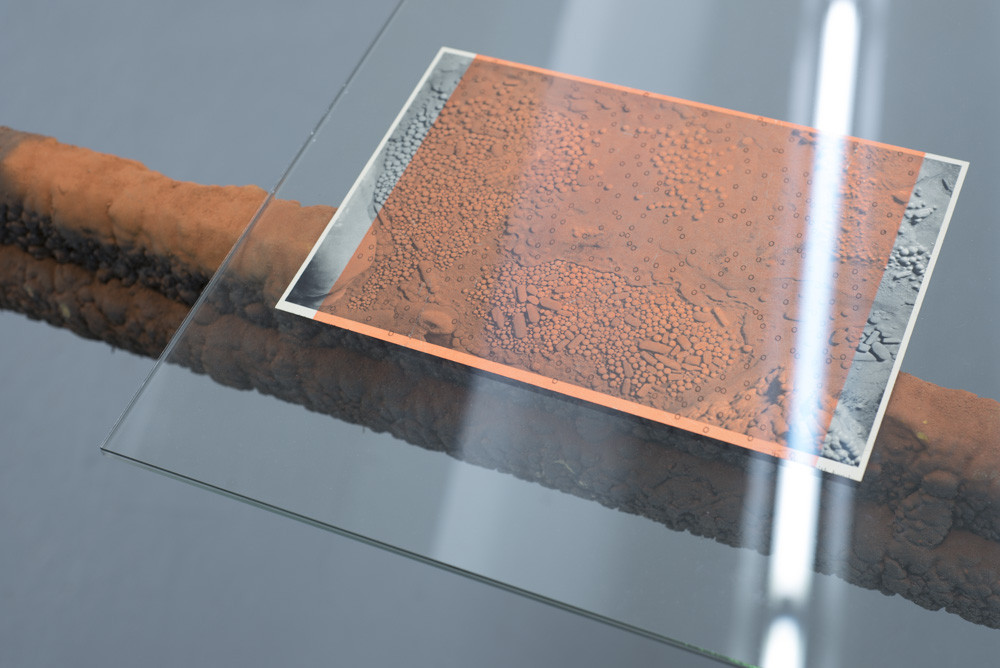 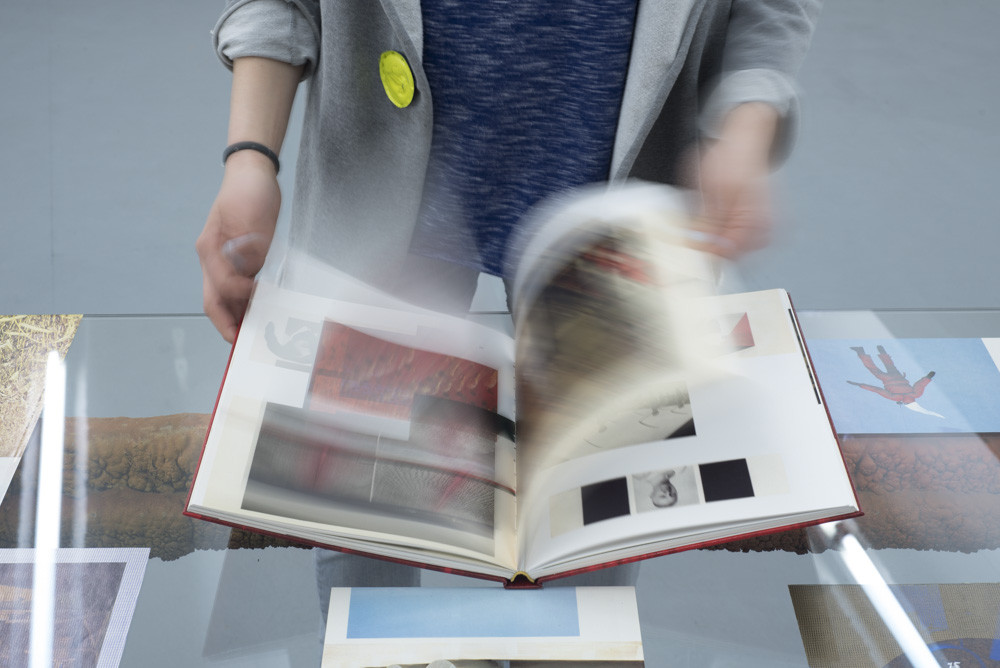 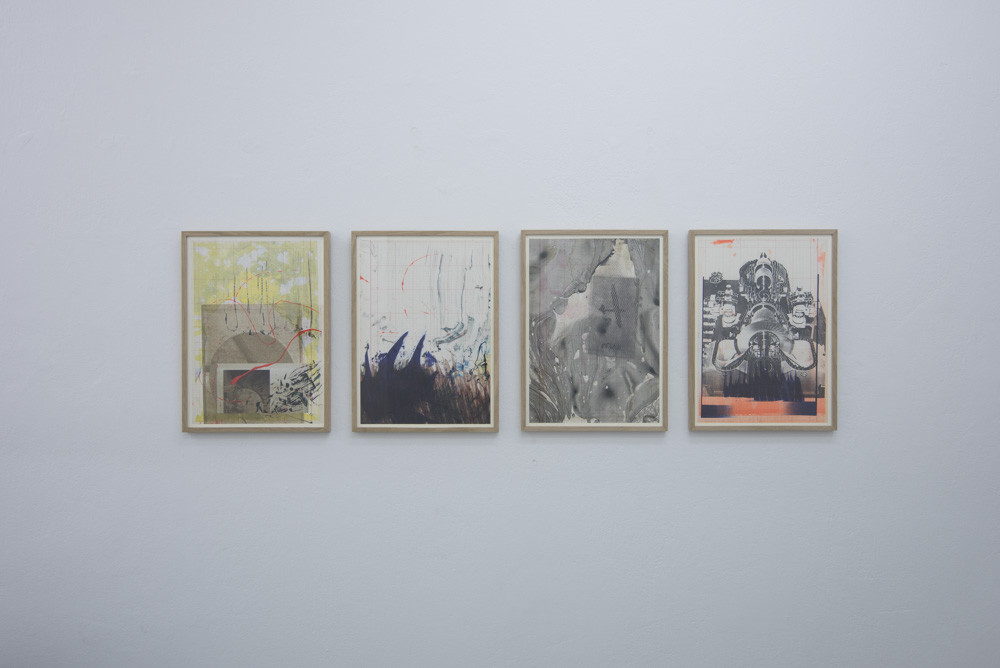 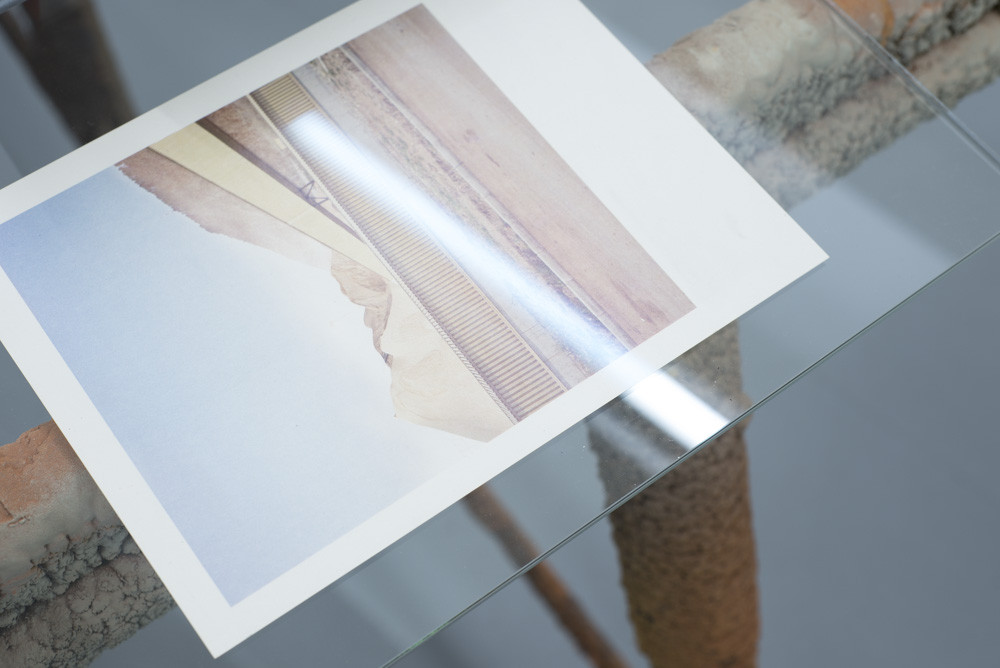 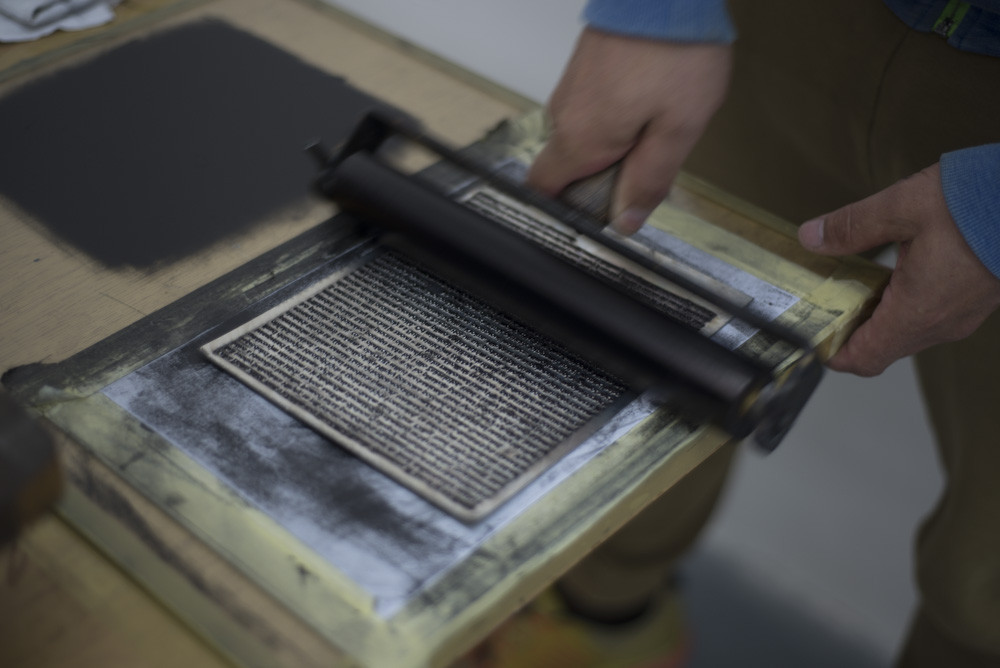 In recent years Mikyta’s focus has gradually shifted away from a subjective analysis of ideologised images towards a more general reflection of the mechanisms that create these images. It is as if he was no longer interested in what the images depict and became instead mesmerised by the individual shapes and colours and their effects.

This can be seen also in the work Zeitgeistlos that draws directly on the production of the book Homo viator. During the offset printing of the book, Mikyta collected the printed scrap test sheets and ran them through the printing press again, several times in a row.

With a limited degree of control and with purely aesthetic ambitions, he combined the various sheets and matrices to create a unique collage. He has thus freed himself from the topics burdened down by the past through a DJ-style mixing of images performed directly on the printing press.

The work Zeitgeitlos is in its essence an accessible, viewer-friendly recording of the process, presented in a book format. The volume is also a useful key to the entire exhibition at Krokus Gallery.

The works on show here move across various media and are, characteristically, presented in the form of a carefully thought-through spatial installation. Apart from the conceptually straight-forward re-drawings, he makes use of a wide range of various retouches, reprints, photograms, collages, installations and also found objects.

At first glance it may seem that Mikyta is now fascinated by the mechanisms of image-making from a purely formal or even a technical point of view.

He is fascinated by the 3D remnants left by work with colours or by the various mutations of the book form in Posledná kniha (The Last Book). The move away from studying ideologies is, however, only apparent. True, the approaches used by Mikyta in his newer works make the processes of image-creation visible.

This is however only a part of the necessary know-how required for their deeper understanding. The persistent need for a critical interpretation of cultural history led him to realise that the instruments of ideology need not be just the nationalist or socialist imagery and its rhetoric but that it is to be found already in the rotary or intaglio printing presses themselves.

It is thus no coincidence that the fundamental principle of most of the mechanisms thematised by Mikyta is pressure, the application of force: the press matrix is imprinted on paper, broken polaroid photos create symmetrical imprints, the pressure of the hand and its movement with an eraser alter the form of a previously printed image, tooling leaves an opening in a page, disrupting it forever and opening it onto a new dimension.

The multifaceted metaphor of a press thus points us towards a broader understanding of the role of technical images both in the history and in the contemporary life of our society.