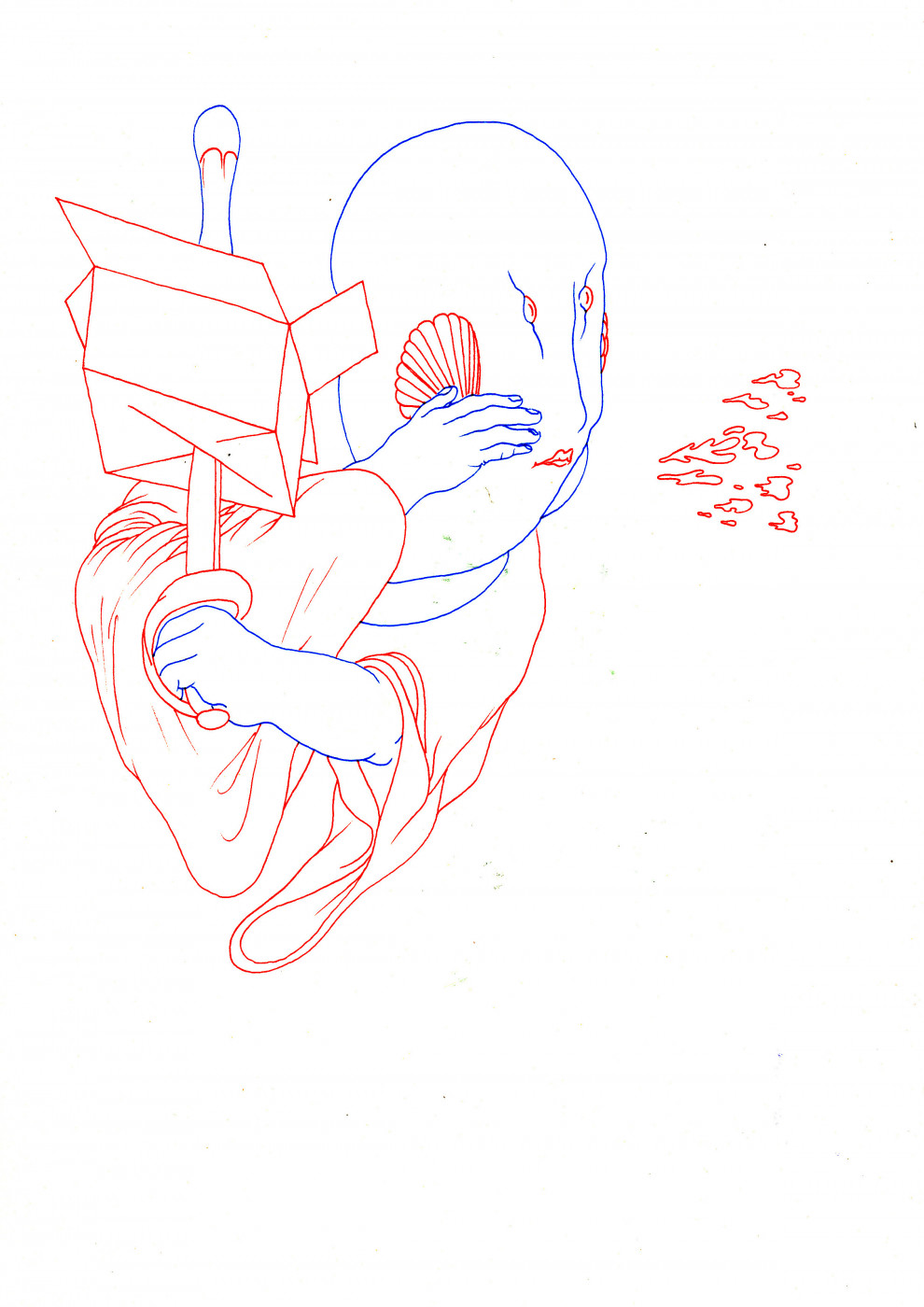 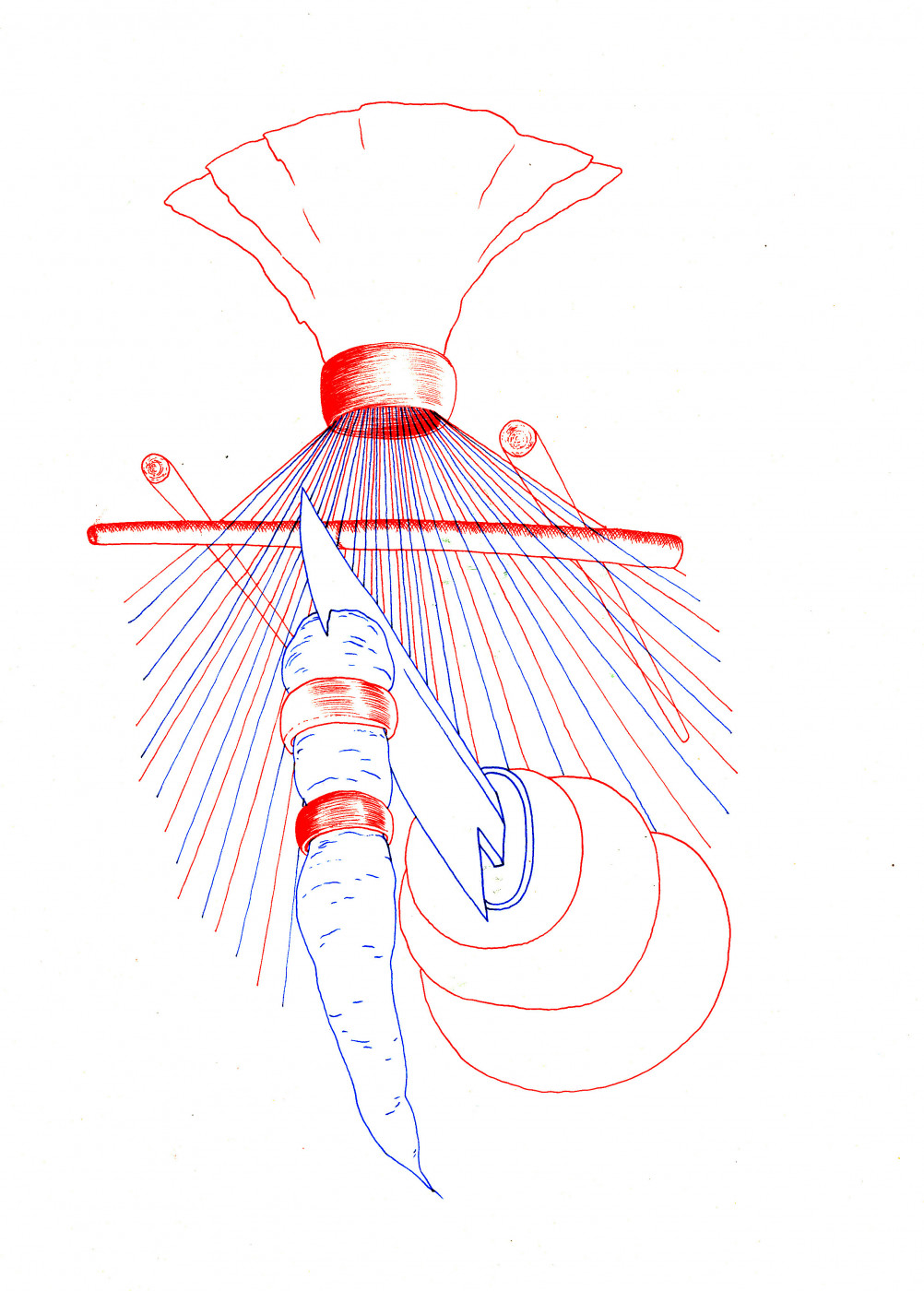 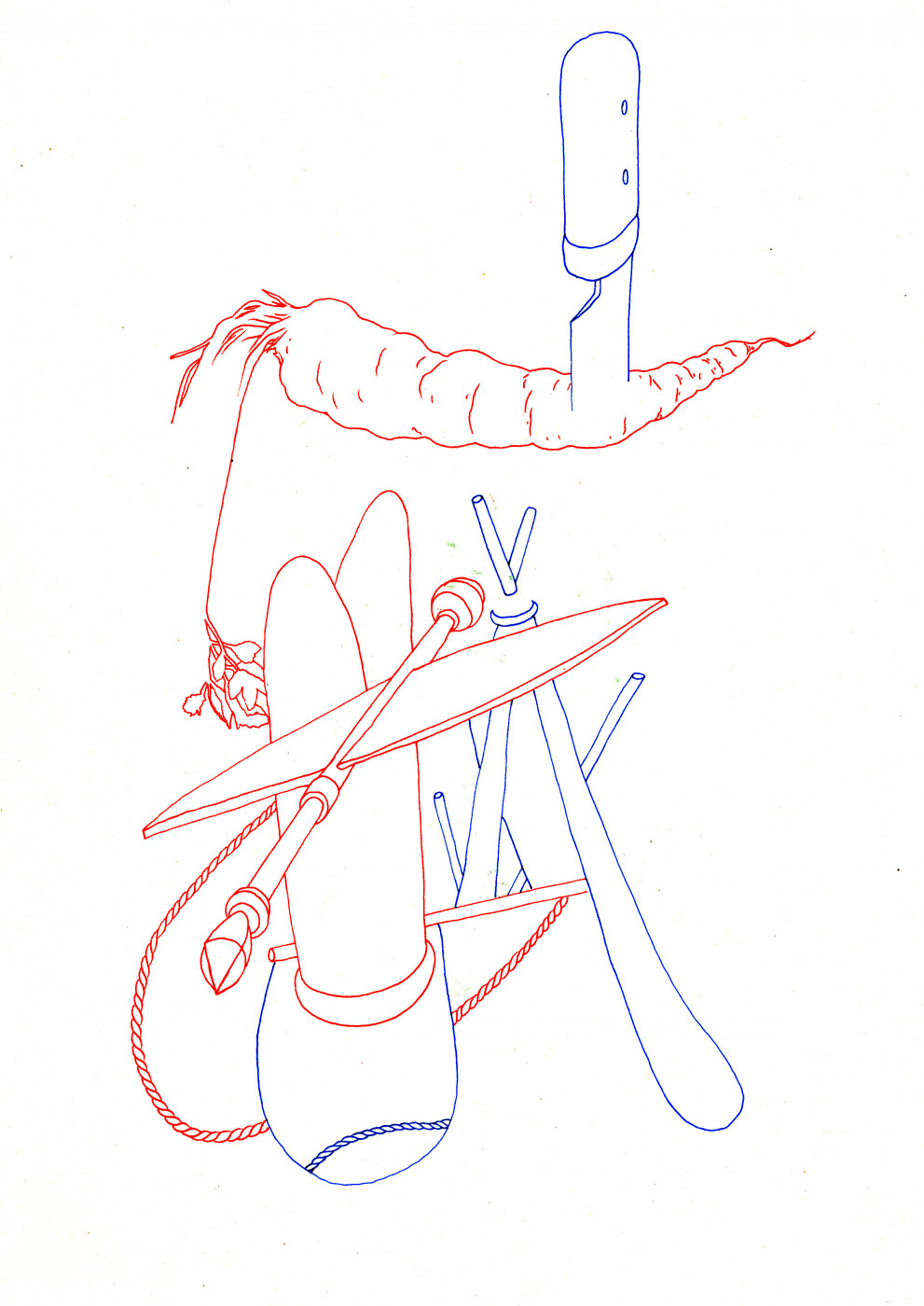 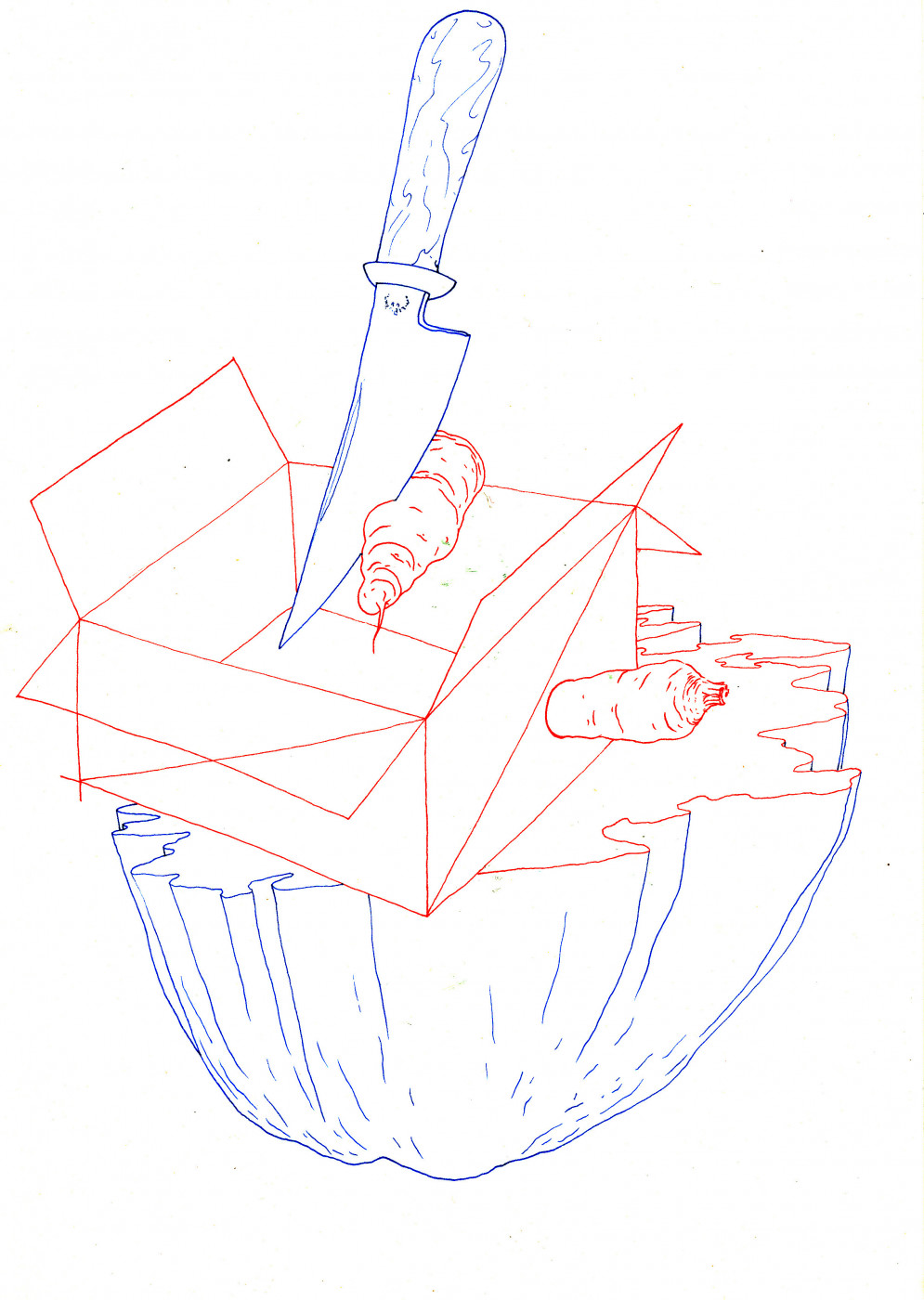 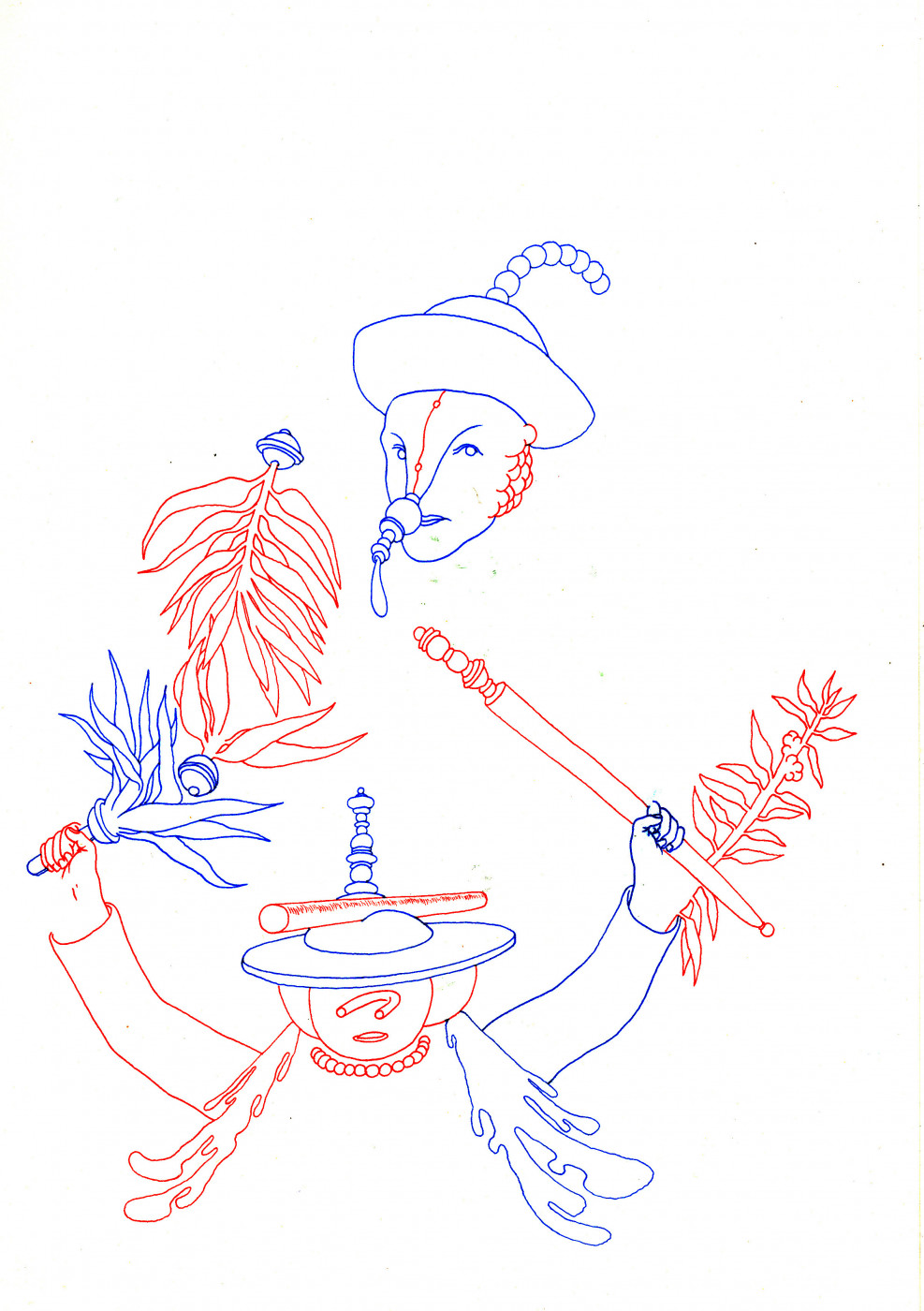 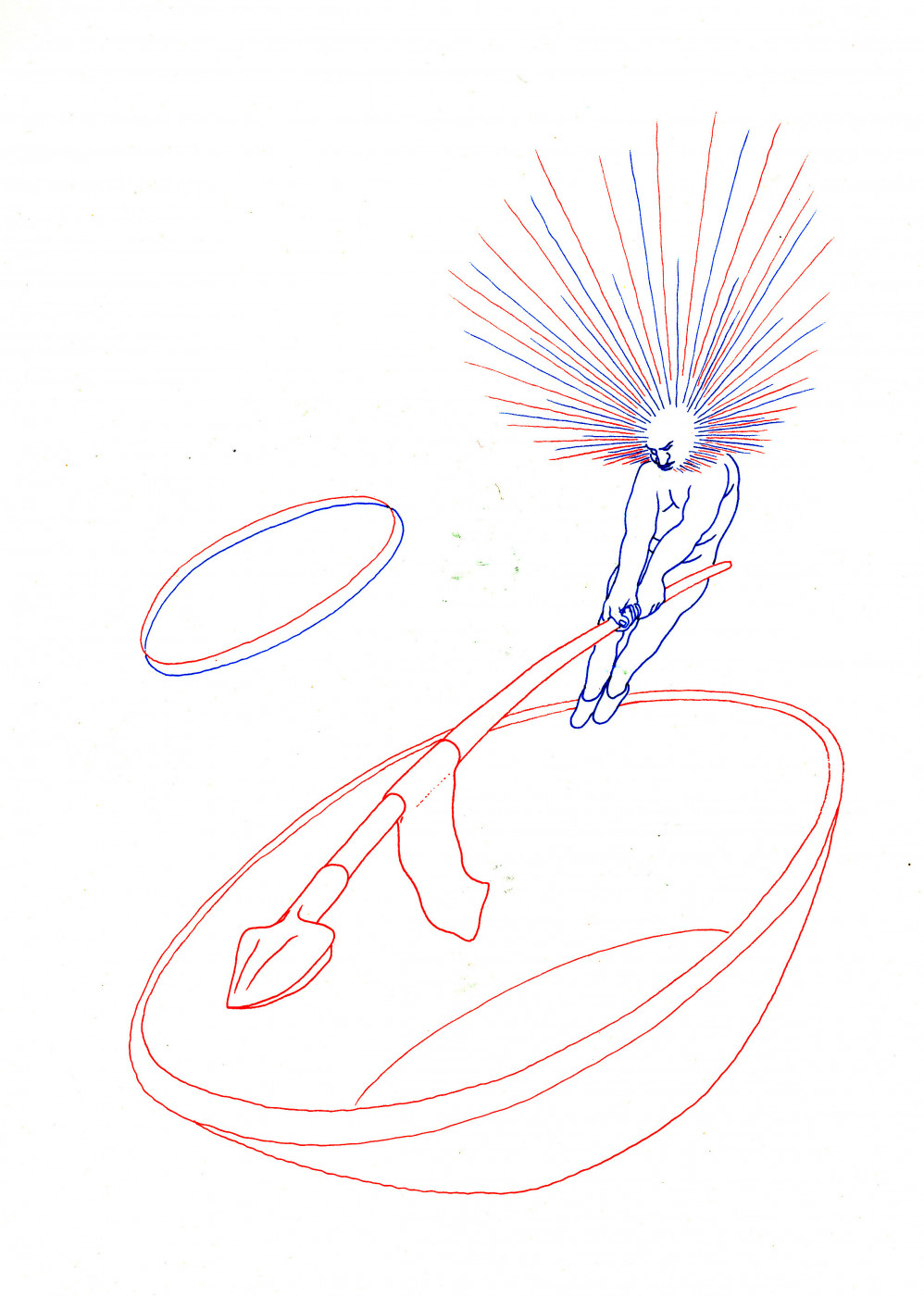 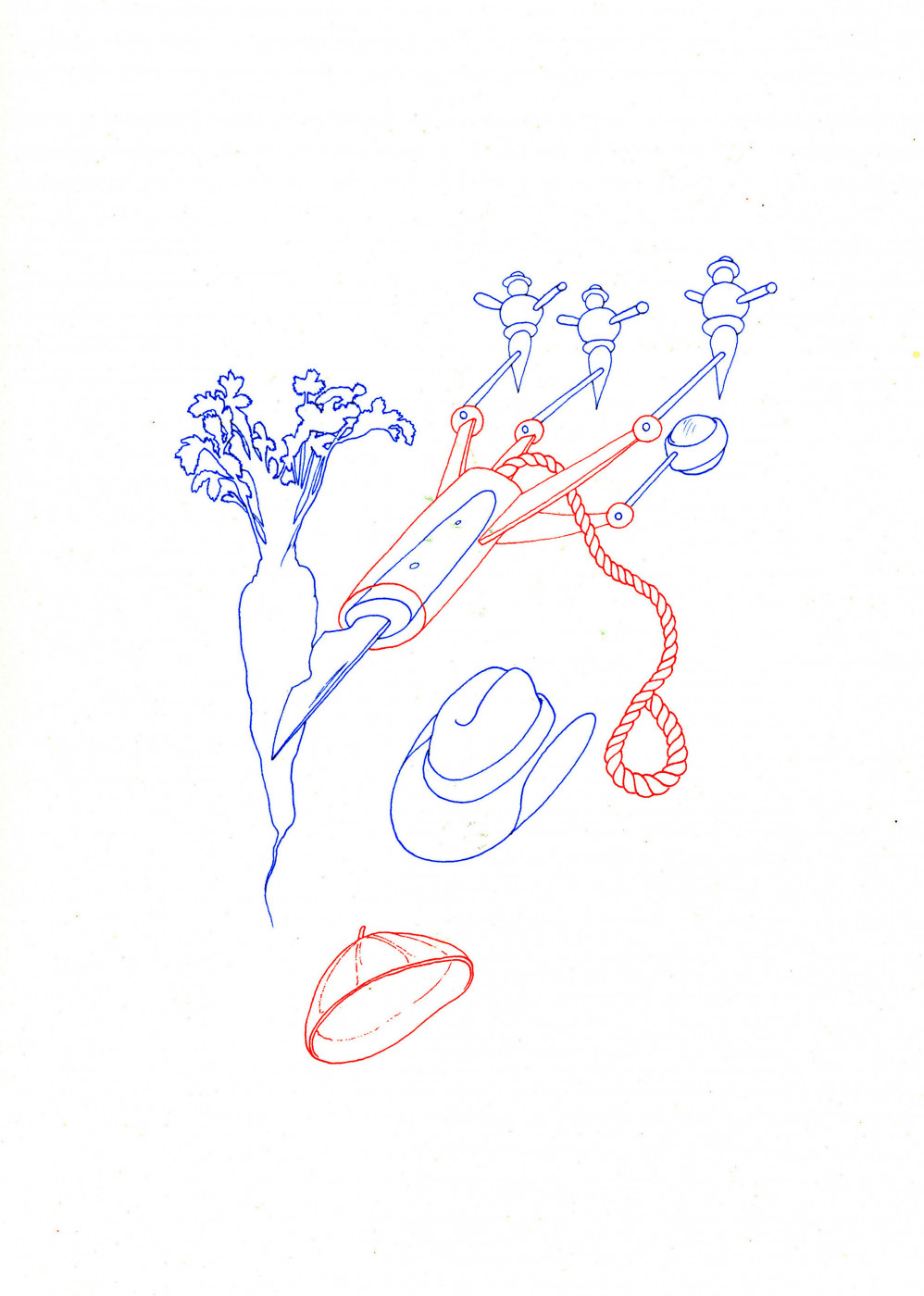 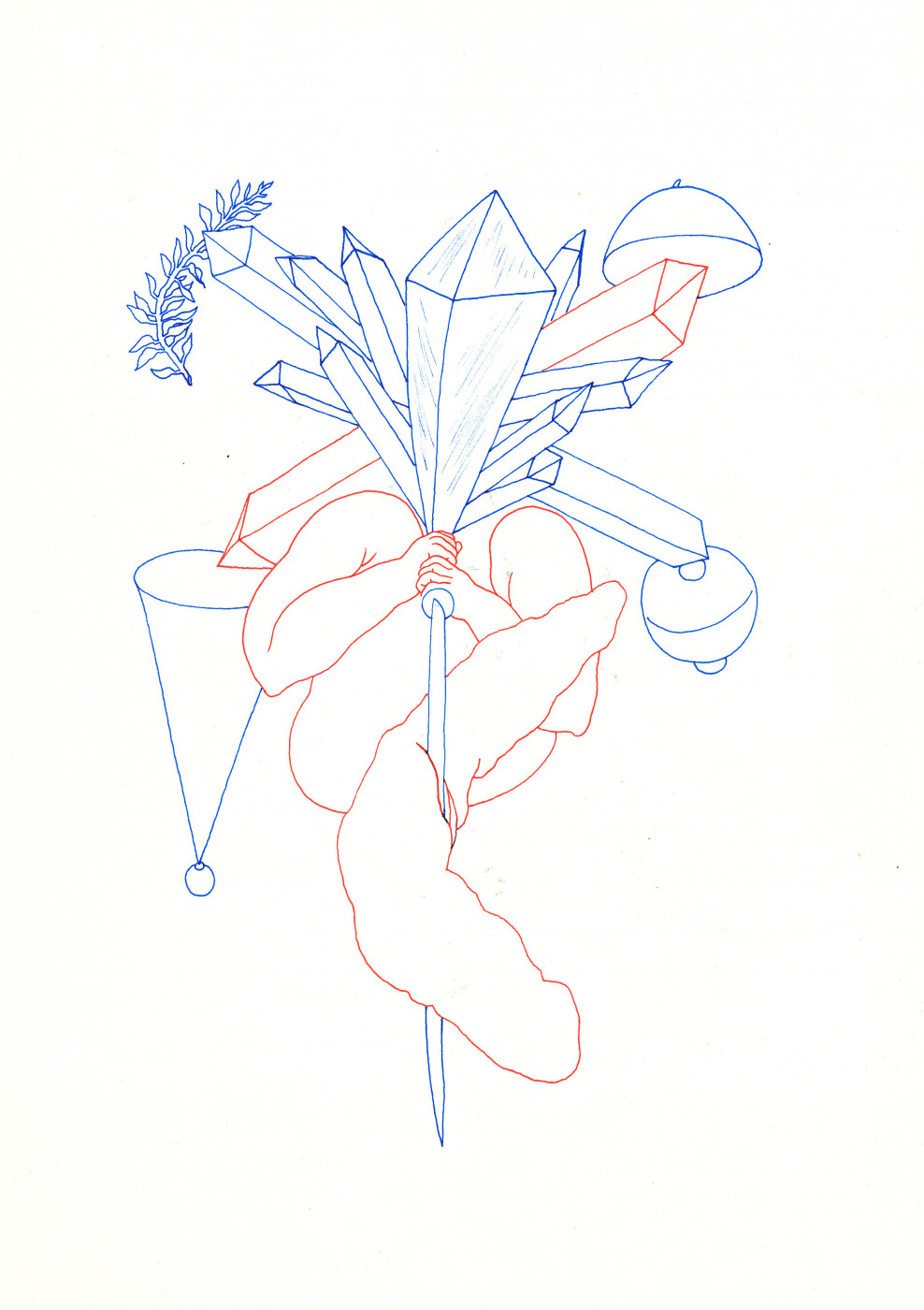 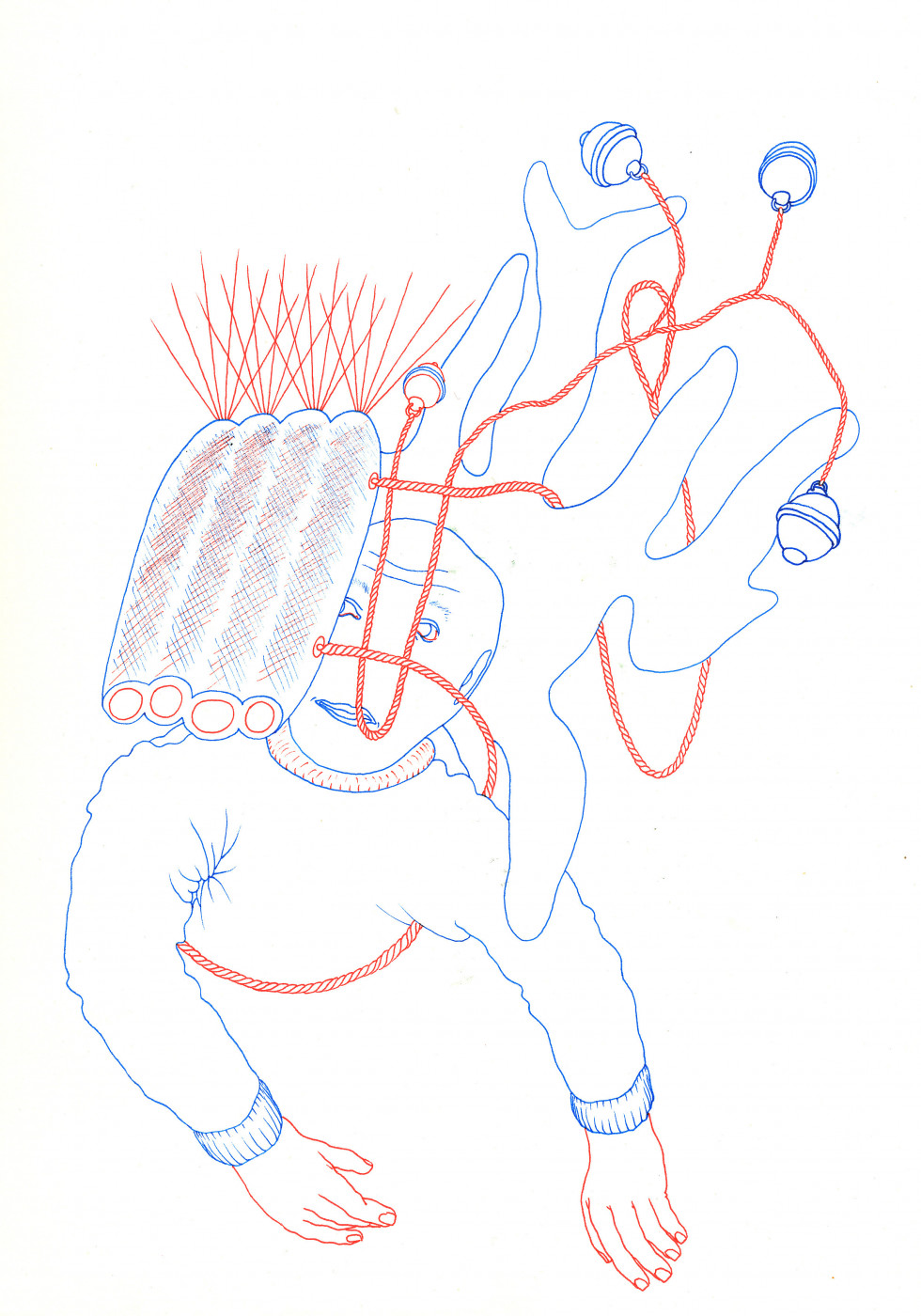 Some kind of heraldic groupings of objects are an evergreen in Mikyta's work – Slovak and quasi Slovak, concrete and fabulated, pure and hybrid...

For a while, Mikyta composes, puts objects together into proportionated patterns, then he loosens their grip and leaves the objects to levitate, hanging in space without anchoring. An open box, slightly resembling cornucopia in gravitational inversion, is often the vanishing point of his compositions – perhaps it is a private motive of the nomad and citizen of the world Mikyta, or a more general symbol of our unanchored nature or lack of self esteem. In Mikyta's heraldic scrimmages, we recognize the chronically known, coded by the cultural sediment, and entirely new but easily recognizable Slovak origin, symbolic objects representing our world (folk hatchets, Jánošík's ropes and hooks, sickles, hammers, different types of root vegetables or the “gifts of land”: carrot, onion, ubiquitous potato, wheat grains...). Not coincidentally, Mikyta strings his Slovak heraldic images from objects that are iconic, but in their own way “low”, plebeian – rural and proletarian. As if he attempted to imprint our – according to children's books – mostly plebeian culture or nature to some higher key of communication, globally understandable and compatible. From this point of view, the heraldic drawings are perhaps the key to Mikyta's entire work and to his present artistic efforts. Mikyta wants to mediate, import, from our view to a certain extent no[Katarina1] bilitate “our world” into more global structures. His main mission is – while naturally building his own career – to be a communicator. And he has no parallel on our artistic scene.